A few attempts at a little skirmish game were played out in rather poor light, hence it all looks a bit washed-out. The scenario is #41 in Scenarios For All Ages (Grant & Asquith), Herding Livestock. The book calls for cavalry but I stuck to all foot figures. The rules I used were Tidder's Saxon V Viking Rules (which can be found on one of his blogs by clicking HERE); I halved the distances and turned them into grid squares in case you're wondering. The Peasants are bringing a herd into the village for safety as there are some Raiders on the prowl. The Raiders are foraging for BBQ meat.
For turn Initiative (and number of individuals who could move) I used the card system in The Portable Wargame which randomizes things nicely.
Following are pics from the best of the attempts. 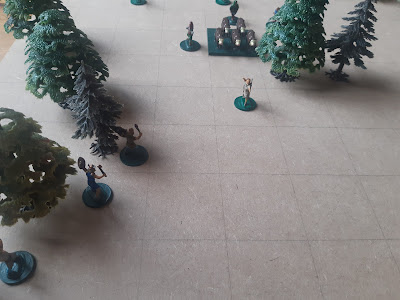 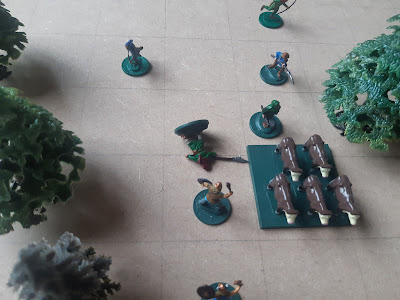 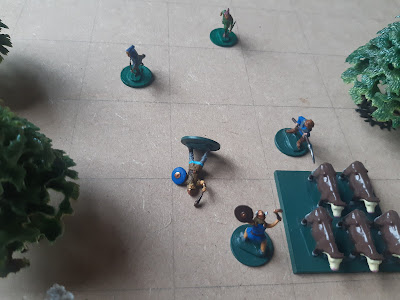 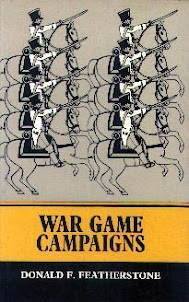